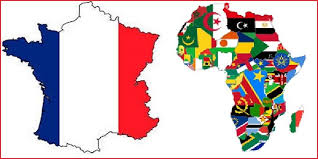 The link between France and Africa is connected to its colonial history. France has always maintained close ties with this continent, which is the source of substantial income thanks to its wealth of natural resources such as copper, coltan, cobalt, gold, iron, copper, uranium, phosphate, manganese and vanadium.

Access to these strategic resources is still a priority for the French state, but the trade agreements are not fair to people living on the African continent. HRU prioritizes a balance in the sharing of this wealth while maintaining a high level of transparency in Franco-African operations.

Africa is used as a monetary platform by rich countries and as a shield against the transparency of operations done by some governments and financial lobbies. In order for Africa to grow and live on its wealth, HRU gives its letters of nobility to a continent that, until now, has been exploited without receiving a fair return on its wealth, plundered in plain sight. Exploitation of the most destitute for the benefit of the richest must stop.

HRU has the elements to establish moral, financial, and humanitarian justice on a continent where humanity originated in Ethiopia. A continent considered by paleoanthropologists as the cradle of humanity, a continent where the human species was born.